My son started his senior year of high school today. It’s a bittersweet day for me. He’s my youngest. So, this will be the last time we have a year together like this. He plans to go to college here in Charlotte and won’t be moving out for a while, but there is a difference between the first day of the last year and the first day of the first year.

And in that vein, I thought I’d see what the #1 song was on the first Monday of my senior year in high school… Richard Marx’s Right Here Waiting. He held the #1 spot on the Billboard Music charts for 3 weeks in August of 1989.

What was the #1 song on the last Monday you started your senior year in high school?

I’m Participating in Bout of Books 20 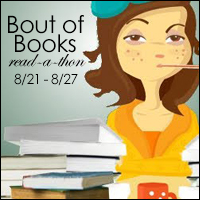 But, in the course of reading a lot, and I’ve started following a lot of readers and other book obsessed people on Instagram and Twitter the last few months and it’s opened my eyes to a lot of fun and awesome books. Through their awesomeness, I’ve learned about read-a-thons (usually late, like this one).

But, I’m joining anyway and next time, I’ll be better prepared to start at the same time as other readers. If you’d like to join too, you can do so until Midnight tonight… Visit the Bout of Books blog and sign up

If you aren’t familiar with Bout of Books, read below for more information!

Mark Your Calendars for the October 21st #readathon 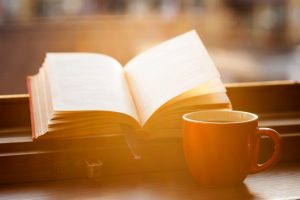 I’m telling you all this so you can mark your calendars for October 21st. There is another 24 hour #readathon happening on Twitter and the more people reading and connecting, the better.

If you are subscribed to my newsletter, you’ve already seen these and I hope you loved them as much as I do.

If, however, you are not subscribed, then here’s your chance to see them and hear the news.

There is going to be a mass re-release of older Samhain Publishing titles on August 21, 2017 so be sure to mark your calendars so you can get any of the ones you may have missed!

So, without further rambling from me, here are the new covers to my books and the revised and updated blurbs, along with the links to Amazon. I’ll gather the other vendor links later today and start adding them to the books pages here on the website through the weekend.

When Buck finds Caroline looking lost and confused in the local hardware store, this owner of a successful contracting company is ready to play simple handyman and get as hands on as the lady will allow.

Caroline is starting over. Her less-than-blissful marriage to the local golden boy is over, and she’s declared her independence by starting her own business, making time to take road trips…and having her nipples pierced. Once her house is fixed up enough so she can sell it, she’ll be completely done with her old life. Luckily, Buck is ready to show her his skills with a hammer and drill.

Rosie loves food. She loves serving it in her small town diner and writing about it in her blog. Her life is full, happy, and uncomplicated, until a large tree limb crashes through her house roof during a storm, and sexy roofer Decker and his tool belt become a tempting complication. Rosie’s not used to being vulnerable, so the idea of Decker behind her with a strip of leather in his hand shouldn’t be turning her on as much as it is.

Decker’s not put off by the prickly woman whose roof he’s fixing. In fact, the more prickly she gets, the more he wants her and turns on the charm. After a few hotter-than-hot kisses, Decker is more than willing to give her every red stripe she’s begging for. Now and forever.

Cort is in Blue Ridge for a job. He plans to catch up with old friends and enjoy the challenge of rewiring a plantation home for a new client. What he didn’t plan for was running into the woman he had an explosive one-night stand with five years ago.

Blue can’t believe the man who’s come to fix her wiring is the same one she met in a Savannah riverfront bar five years ago. Memories of that hot night together still cause tremors, but the chill in his eyes reminds her how that night ended, how she left him to wake up alone the next morning.

But this time, Blue has nowhere to run. Heated words and some angry sex should be the end of it all. But this kind of heat isn’t extinguished easily.

Firefighter and part-time bartender Justin knows exactly what he wants, but the woman who healed and captured his heart has started cancelling on him, and he can’t figure out why.

Ella might be friendly, funny, and at ease in a room full of strangers, but she’s shy at heart, and she can’t shake old insecurities and the feeling that the end to her relationship with Justin is undoubtedly just around the corner.

Just when Ella starts thinking she should probably end it now and save herself some heartbreak, Justin shows up at her door with a length of rope and a naughty proposition. If she’ll dare to give them a shot, he’ll show her just how good it could be between them.

The Bar Next Door. Book 1

Ever since Malachi’s best friend Daniel confessed to being gay, Malachi’s wondered if their friendship could ever cross over into something more. But he’s never been brave enough to take the steps to find out.

Daniel has always been in love with Malachi. But telling his best friend is too risky. Their friendship is the only relationship that’s ever really mattered to him, and he couldn’t handle it if he lost them both.

Courage doesn’t come easy when the stakes are this high, and it’s going to take a leap of faith before these cowboys get their happily ever after.

The Bar Next Door, Book 2

Just before Eli’s lover died, he made Eli promise he’d find love again. Five years have passed, but Eli’s no closer to fulfilling that promise. He doesn’t think he’ll ever find love and that kind of happiness again. If only he didn’t have to face a part-time employee and full-time pain the ass by the name of Asa at work…

Asa knows what he wants when he sees it. And what he wants is to banish the ghosts lurking in Eli’s haunted gaze and drag his sinfully handsome boss back to life. This young cowboy has the persistence and the mouth to get his man. Eli’s grumpy, prickly defenses don’t stand a chance.

Again, I’ll be adding links to the other vendors this weekend, so if you buy from Barnes and Noble or Kobo or Google, etc…

Yes, there are many other books to be re-released, but it’s a start!

This is for my son who turned 18 yesterday…

He has always been about music that moves him and touches him. No one he goes to school with listens to what he does, be it Imagine Dragons, RED, Chevelle, Breaking Benjamin, etc… He’s always been his own person, with his own mind. He doesn’t follow the crowd. He’s not about what’s popular or the fad of the day.

When you’re a person like that, you don’t fit in. You’re always on the outside. And I’m so proud of him for being strong enough in himself, to stand on the outside and not care that he’s not part of the in…