So, I’m sitting at my desk… A Balsam & Cedar candle burning, a little 100 year old ceramic Christmas tree lit, and a Hallmark Christmas movie (Two Turtle Doves) on in the background.

And I thought maybe now would be a good time to show y’all the cover for one of the stories I have been chipping away at the last few months.

I don’t know when it’ll be out and I don’t want to speculate. It could be November or December this year, or it could be January. I know I’m supposed to set dates and have goals and to be quite honest, I burned myself out thinking about all of that instead of doing the thing that would really get me anywhere at all and that thing was and is…writing.

The writing doesn’t burn me out.

It’s all the other stuff that comes with the writing as a business that does.

But… That’s not what this post is about. No, this post is about giving us all permission to look at a cute cover, imagine what the story is and who the dapper guy is, and indulge in a little holiday cheer. At least, it’s permission for me to indulge in a little holiday cheer since last year I was moving in December and we didn’t really do any holiday…anything.

I don’t know if I’ll do more than watch a few of my favorite Hallmark Christmas movies and drink some hot cocoa or make a gingerbread latte, but sometimes those few comforts are enough. 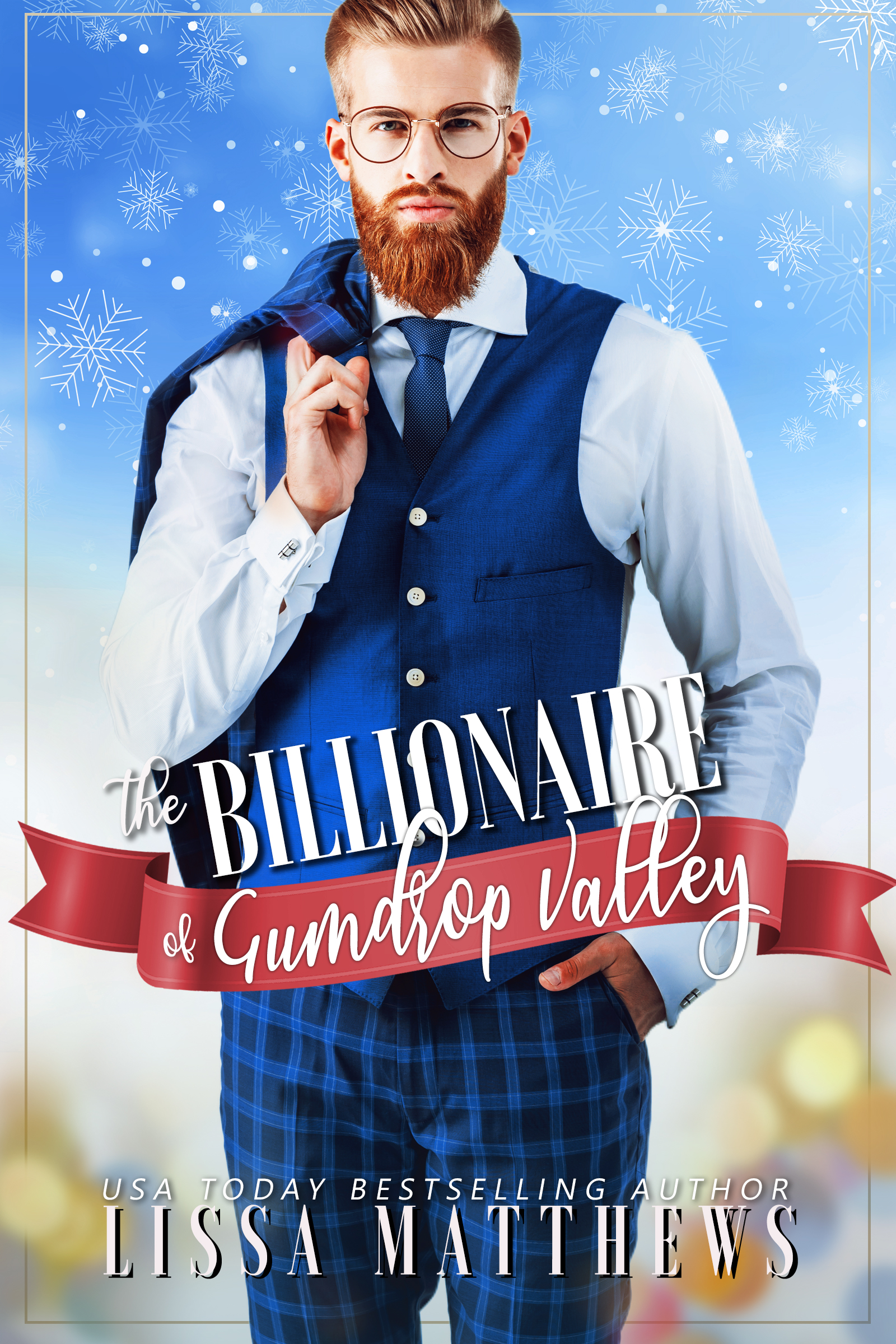 The latest news to come from Wall Street is that Billionaire Brett Randolph has bought a small town. Not just any small town, though. Nope. He bought his hometown of Gumdrop Valley.

Now, I know many of you have never heard of Gumdrop Valley before and I hadn’t either, but the story goes that in the Spring, the wildflowers that bloom look just like gumdrops and at Christmas when all the houses are decorated and lit, the town looks like one of those quaint holiday villages people set up on every available surface in their homes. So, when the town was facing bankruptcy and businesses were beginning to close, Mr. Randolph stepped in and purchased all the land in the county along with everything in it.

Gumdrop Valley was saved and with the influx of money and the hiring of advertising and marketing firms by Mr. Randolph to help turn things around, his investment looks like it will pay off by the holiday season.

This isn’t the blurb, this is just a little something I wrote at the beginning of the story…

Anyway, I’m going back to my movie and I’m going to find some breakfast.

Where There Is Gratitude…

For the past 3 months, I have been keeping a gratitude log. In it, I add a quote for the month, and each day I write down 3 or more things I am grateful for… It could be anything from coffee to a text from one of my kids to the ability to cook to polar bear adoption to writing to getting a good night’s sleep. But 3 things, at least.

I started the log because I wanted to learn how to be more grateful, to be more consciously thankful for every day things. I can get so stressed out about money or the lack there of, about family, about writing, about our most recent political election. I wanted to teach myself how to take the simple things and be thankful. How to smile when things feel most unsettled.

Has it worked? I don’t know. I’ll admit that some days I struggle to find 3 things to be grateful for, while on other days, like today, I struggled to stop writing all the things down. This is an image I colored a few months back on a phone app. I don’t use it anymore, but I thought it was pretty and wanted to share it with you.

In the USA, it’s Thanksgiving Day. As a nation, we have a lot to be thankful for. We also have a long, hard road ahead of us. I am grateful for many things about this country, but I am not so grateful about others. I am, however, hopeful that in the coming weeks and months, I will continue to add to my gratitude log and find myself more open and compassionate.

I think we, as humans on this planet, could all do with a little more openness and compassion toward one another, the animals that share this world with us, and the Earth itself.

It looks as though the baking aisle in every grocery store in Charlotte has exploded onto my kitchen island. I think I have more chocolate chips than Nestle and Hershey’s combined. I have nibs, pieces, chips, sprinkles, icings, and drops. I have flour, flour, and more flour. Sugars and spices and butter and eggs and a 2 quart jar of homemade vanilla extract. END_OF_DOCUMENT_TOKEN_TO_BE_REPLACED