So, I had a new release… 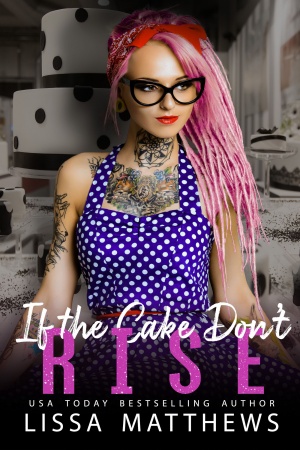 That’s it to the left.

And here’s where you can buy it…

And… I suck at marketing.

But I love the book. And the two people I’ve heard from who bought and read it said they loved it, too. Everywhere else there’s been crickets. That’s cool, though.

I watch a lot of Gary Vee and one of the things he said recently was… Okay, well, he said a lot of things recently that I’ve taken to heart. I need these little nuggets to remind me where my focus needs to be rather than where it would normally be which is not constructive or creative.

Some of what he’s said that stuck with me…

Insecurity fucks you up. Yep. 1000%. It has fucked me more times than i care to admit and it didn’t even use lube. It’s been painful as hell my whole life.

Fall in love with what you want to say. And also, Fall in love with No. These are two things that tie into insecurity for me. No is a personal rejection even though it’s not in most cases. And loving what I want to say… I can do that so long as I don’t look at what others are doing or saying and I keep my eyes on my own page. It’s harder to do than you think.

Focus more on what you’re saying, more than judging what you’re creating. Well, fuuuuuuuck. But it’s such a true statement. I will judge and judge and judge what I’m working on and ultimately decide it’s not good enough, it’s not as good as this author or that author or those authors over there. Again, if I just keep my eyes on my own work, and get lose in it, I won’t have time to judge myself or compare myself with what someone else is doing.

It all comes down to insecurities. Not being confident. Being scared. Being uncertain. Caring more about what others think or say than what I’m doing, than what I’m trying to say.

And if you’re wondering what this has to do with marketing, well, it has a lot and practically everything to do with marketing. If I don’t market, then more people can’t read what I write, and more people can’t hate it (in my head everyone always hates what I write, whether I love it or not). But is that fair? To me? To readers? Nope. It’s not. It’s not fair at all. So, I need to change it.

In this, I do watch what others are doing. How they’re marketing their books, how they’re getting the word out and I’m just… Paralyzed with fear that I’ll do it wrong, that I won’t deliver, that I will be laughed at, that… You name it, I’ve thought about it happening… Except, success.

Gary would say, so what if people laugh at your efforts, at least you’re doing something and not just waiting for everyone to happen upon your book.

But what does that mean? What kind of marketing should I do? Ads? Blogs? Blog tours? Bookstagrammers? Email list? Paid promo through marketing sites? Facebook group? Or should I just go on video? Should I just post pics of my book cover? Should I fill up my feed with nothing but my book? I don’t know. Should I do a little of it all? Or do I wait until I have X number of dollars to put into it?

I was writing in my journal today about this, that I’d like a step-by-step guide of do this, then this, then this, and then this. I’d like a blueprint, or one of those diagrams… Did you write a book? Yes or no. And if yes, then do this. And if no, go write one. You know the one’s I’m talking about?

I don’t have a lot of author friends. I can’t just turn to a group of writers and ask for help, for shout-outs. Once upon a time, yes. Now, no. It’s up to me to figure it out and fear and insecurity jack me up every damn time. Analysis paralysis. What if…

I suck at marketing. I suck at knowing what I should or shouldn’t do. I don’t suck at writing. I’m pretty fucking good at that, but in this game, that’s not enough.

So, I better figure it out, huh?

A Few Updates and Slide Is Up For Pre-Order

There are only a few more contemporary re-releases left to come back out this year. None of the M/M re-releases will be out, but I’m hoping to revise them for next year.

There are also a few, older titles I’ll be making available for free once I revise them and I’ll keep you apprised of them here.

I know there are a lot of you waiting for the Artic Shift re-release to come out, along with some new paranormals and those will hopefully start coming out in the Fall.

For now, though… if you haven’t read Slide (formerly Slide Down On Me), please pre-order now! It’ll be on your Kindles on April 20th.

Small town mechanic and tattooed, bad boy Travis keeps his profile low, his needs satisfied, and his business running smoothly. He doesn’t cause trouble and he certainly doesn’t want any, only, as luck would have it, fallen from grace heiress Arabella Drake owes him money.

Bella and Travis’ situation requires a creative solution, one Travis is bold enough to propose. It won’t satisfy her debt to him, but it will satisfy his long-held wish to have Bella naked, writhing, and sliding down on every inch of him.

Author’s Note: Slide was originally published as Slide Down on Me with Ellora’s Cave Publishing, Inc. It has been lightly revised.

5 Things You Need to Know About Mac: A Simple Need Story

The fourth and what was supposed to be the last of the Simple Need books is out on Amazon and ready for your greedy eyes. I hope you’ll love him. He’s hot. He’s sexy. He’s ooey gooey sweet on the inside.

But, there are some things about the book that you need to know …

First New Book … Mac is the first new book written in the Simple Need world in about 8 years. My writing has changed a lot since 2009-2010. I have a change a lot since then. I had started the book back when Jaz’s book came out with Ellora’s Cave, but things had begun to go downhill with them and I wasn’t sure I wanted to keep going with the series with them. Needless to say, once I got all the books back from them after they closed up, I began planning to write Mac and Jackie’s story. While I tried to capture the same tone, I have to acknowledge that it isn’t because I’m not the same writer I was then.

Trevor and Trae … I introduce 2 new characters in the book. Mandi’s brothers, Trevor and Trae. They own a vintage car restoration shop and are mentioned for the first time in Jaz’s book. There’s a possibility they’ll get their own stories, too.

Short … The book is short. Yes, I know. I didn’t intend for it to be as short as it is, but that’s how it turned out. The writing is tighter. There’s not a lot of extraneous information. It tells the story I had planned way back when I started it and it fits the baseline length of the other books in the series.

The Treehouse … I had been looking on Pinterest and all these treehouses showed up in my feed. I couldn’t get them out of my head and well, Mac said he wanted one. He wanted to be different. He wanted to show a different side of himself to Jackie than the one she normally saw.

Jackie and Jaz ... Their friendship is deep and everlasting. They will not allow their friendship to change because they’re in love with others. Jackie has a past and she has protective instincts. Not for herself. She doesn’t care how others see her, but she’s protective over those she loves.

Time Didn’t Jump … The series was started back, as I said in 2009-2010. It’s been almost 10 years. However, I didn’t jump time in Mac. I didn’t jump the years. I didn’t mention time in the book, but I didn’t jump it. It’s still within the same time frame as the other books.

Those are just a few small facts about Mac and Jackie’s story to help you along. To answer some of your questions. Now, maybe answer one of mine …

As the image says, her Paranormal Protection Service series is opening up for authors to play in starting May 2018. Roughly, 3 months from now! And I am one of those authors!

As soon as I have more details, like a cover, a blurb, etc…, I’ll share… But I wanted to let you know now so you could mark your calendars and get all excited and ready!