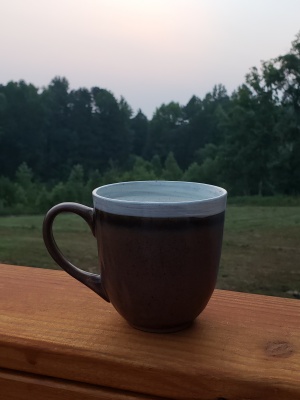 I use Pinterest a lot. Still. I have 60 public boards and several private boards. I love the different things I find, the visual inspiration. The things that are most repinned are food. I’d like it if other things got equal representation, but food seems to be universal…

I started a new board recently and I titled it On Creativity. I’ve been feeling more and more creatively inspired this year. This is a change. And a good one. A really good one. I didn’t feel creatively inspired last year. Or even the year before. I was kind of slogging through the days, waiting to get to the next one. I wasn’t sure how to approach my writing or even if I could call it a business. I mean, other people did, but was it? Really? And that whole line of thinking has changed for me in the last few weeks. I do see it as a business and more specifically, I see it as a creative business.

According to Merriam-Webster, the simple definition of creativity is: the ability to make things or think of new ideas.

Cool. I can do that. It doesn’t have to be crafts or books. It can be whatever inspires us… Coffee. Cooking. Making things with our hands. Music. Art. Dance. Meditation.

It can be in how we inspire others, too.

On the board is a Pin for TED Talks for Creative Entrepreneurs. I am in love with TED. And I love these because they’re given by people who were once like you and me. They once had a dream. They once needed a road map. When they didn’t have one, they created one. They inspire me to create my own.

I’m going to be talking about creativity throughout the year. I’ll hopefully be able to get a few people to come onto the blog to talk about what inspires creativity in them.

But if you need somewhere to start with creativity, try my Pinterest board, On Creativity…
~lissa

What Are Leftovers? My Attempt At Meal Planning… When I was growing up (yes, it’s one of those stories), eating out was a rare thing. Special occasions were when we went to Red Lobster. You also dressed up to go there or to a steak house. You didn’t wear jeans.

Fast food was rare, too. We’d stop at McDonald’s on the way out of town for a quick on the road dinner or breakfast. Taco Bell was a once every couple of weeks thing. And we rarely ever ordered pizza out unless it was for a party.

No, we ate at home. You wanted pizza, we made it. Tacos, we made them, too. Cheeseburgers? There was a secret recipe and they were famous among family and friends. We didn’t eat out on a regular basis as we all do now. And when I say we, it’s a collective society WE.

My parents worked, sometimes crazy hours, but 90% of the time, we ate at home.

But, it’s been a problem in our house, the eating out more than we should. I’m the only cook. My kids have no interest in cooking (they better marry a chef or have a really high paying job so they can eat out). I’ve tried, but nah. My spouse has no interest in learning how to cook much either. And, I get tired of being the only one, no matter how much I love doing it. But eating out is too expensive on a regular basis. Too many meals can be made from just what a family of four spends eating out at some place like Applebee’s.

Now, I’ve tried this before and life got the best of me and it was working out really well. I’m doing it again in the hopes that it sticks this time.

I loosely plan meals. I find dishes I want to make or try and buy all the ingredients for them for the week. I pick a cookie or something to bake (I haven’t yet this week). I buy all the breakfast stuff and the lunch stuff to make sandwiches. And I do my best to stay out of the store the rest of the week. It didn’t work this week, but maybe it’ll work better in the coming weeks.

I make things that are hearty and will have leftovers. Casseroles. Stews and chilis and soups.

We used to dread leftover when I was a kid. It was like, “but we had that last night’. Little did I know how much I’d come to love having leftovers in the fridge. It makes life so much easier, especially on the weekends when people are hungry ALL THE TIME!

The links to the recipes I made this week are as follows:

Most recipes I try I have found on food blogs and Pinterest. I haven’t decided what we’ll have in the upcoming week, but I’m thinking something with shrimp, and maybe a beef stew… It helps to know what we’re having each night, using the crock pot especially, even just once and yes, I know there were only 4 recipes, but, there are enough leftovers for Friday and Saturday without someone eating the same thing more than twice in one week. And dinner on Sundays is typically, breakfast.

Do you cook at home? Do you plan meals? I’d love to know your tips and tricks.

I’ve flipped out the older covers and inserted all the new ones. I’ve uploaded all new information to Amazon, All Romance eBooks, and Barnes and Noble. Amazon seems to be taking the longest to get everything going in the right direction, but eventually, they’ll all be there and looking good. END_OF_DOCUMENT_TOKEN_TO_BE_REPLACED