Yep, I’m serious. Really. I made vegan cupcakes. And honestly, aside from the slight difference in texture and not being quite as sweet as a regular cupcakes, they were damn good. I mean, DAMN good!

I made a vegan chocolate ganache to go on them as well. Dear heavens, y’all, it was decadent!

Are you wondering why? Why was I playing with a vegan recipe? Why was I baking instead of writing? Well, I’ve been trying a new eating thing. I know, I know, but… seriously, I’m tired of being the weight I am. I’m tired of feeling so tired, so burnt out, so blah… A friend recently told me that I never seem to feel good and she’s right. I don’t. I’m rundown, I’m cold and I’m hot, I’m stressed, and generally…blah.

It’s hard to create when one doesn’t feel all that great and just wants to take a nap. I eat things that, while they might not be terrible for me, I could be eating better for me. I drink things that aren’t good for me either. Believe it or not, coffee isn’t one of them. For every good thing I do for my body, I do enough bad that I counteract it all.

I see authors talking about weight loss, weight gain, weight going nowhere. We all talk about food and drinking and coffee and sweets and exercise and sitting on our asses all day. I want to be done with it. We’re all stressed with too much to do, not enough money, more jobs than we can handle and in the end, we’re killin’ ourselves. Well, no more. Not for me. I’m sick and tired of being sick and tired.

The diabetes eating isn’t working for me. Then again, it didn’t work for me when I did it 16 years ago during my pregnancy with my daughter. And yes, I know I’ve splurged, but… 90% of the time, I’m good and I do what I’m supposed to or what we’re supposed to. My husband is doing great with his eating, managing his blood sugar. I’ve gained and felt sluggish and most days don’t have much energy.

So, I’ve decided on something different. I’ve been talking to fellow author and a very dear friend, Fallon Blake about this lately. She’s the one that talked me into trying soy milk. But, fair is fair and I’m the one that got her into the OCD world of calendars and trying to be more organized. She said once she cut out dairy, she started losing weight, feeling better. I’d read somewhere about it once upon a time and how for certain people, it is a good thing. I’ve cut out red meat for the last few days as well, eaten more fresh fruit, more fresh veggies, no more whole wheat or whole grain (just specialty grains). And I can tell a difference. I still eat eggs, still have my creamer in my coffee, still eat cheese but not as much, drinking more water, slowly cutting the sodas out again. And I’m starting to notice little differences in how I feel, how I’m sleeping. I went for a walk today and felt great and not at all as worn out as I had been feeling after walking.

Basically, what I’ve started doing is eating a modified vegetarian diet. I still eat things like poultry and seafood, but, with the lack of dairy save for a few cheeses which I don’t eat every day and eggs which I don’t eat every day, the introduction of more soy protein and different other grains… When I was on Weight Watchers, it was somewhat the same way, except I did eat more whole wheat and whole grain products, but I’d cut out red meat and ate a lot of soy protein. However, the weight came back.

I don’t want it back. I want it gone. I know what I want to weigh and how much I need to lose to get there. It’s a lot. Fallon and I got to talking about these things because she loves to cook and bake and so do I. It’s been a real education for me, learning these different things, keeping an open mind about trying new foods. I’ve become somewhat addicted to the soy milk, the vanilla, not the plain. I really like it. I’d tried it before but didn’t stick with it. It was too easy to just go back to normal, to shrug it off, to get back into bad bad habits.

The vegan cupcakes were a new thing for me. I had heard for a while that the Vegan Cupcakes Take Over The World was an awesome cookbook of nothing but cupcake recipes. I was hesitant. Cupcakes with no eggs? No milk? A different kind of butter that’s not butter but it’s really very good butter? Soy? I couldn’t believe they’d been good. But… I was so wrong. You can’t go in expecting them to taste exactly like the cupcakes we’re all used to because they won’t. The texture is different, the taste is good, really good, but not as sweet, it’s soft but a little more dense. And all that’s left out of the 12 I baked, is 4. That’s right. 4. My kids and my husband ate the others. I’ve had one. Let me tell y’all… if my daughter will eat more than a nibble of something she’s never had before, it’s a success. Same with my husband and son. 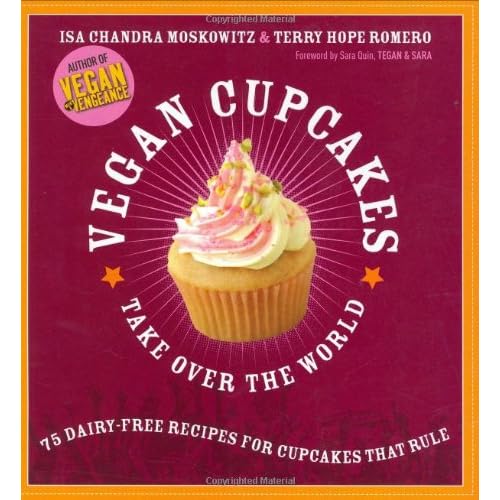 They smelled heavenly and let me tell y’all, if I don’t like it or if it’s not good to me, I won’t lie. I’ll be honest and tell you I hated it. I tried gluten-free waffles one time and they smelled so good, but tasted like sawdust…yuck. I will though, try the gluten-free cupcakes in this book just to say I tried. But these cupcakes were good. I substituted sugar with with the Splenda Sugar Blend which made them more appropriate for my husband, though the amount of sugar the recipe called for was really a small amount.

It’s all about motivation. And it all has to be for me and what I’m looking to achieve. I’m not the best at sticking with things long term and when I hit a plateau I tend to slide back down the way I came, but this one, I’m trying. My mom has had some success with this way of eating (though she won’t touch soy to save her life, but she’s cut out foods that seemed to not agree with her, even if she loved them and she’s feeling better and has lost weight as well doing it). I think weight loss and food and such are just like anything else…not everyone is going to fit inside the same size or shape box. What works for one isn’t going to work for another. Might work similar, but we’re all built a little differently inside and out bodies react to different things in different ways.

This, just like everything else, is a learning experience. I’ve told myself I’d give it a solid, no fudging try for 2 weeks, which include yoga, meditation, and walking a few times a week. I expect y’all to hold me accountable.

Oh, and once I make it through the cupcake book, I’m moving on to the new book: 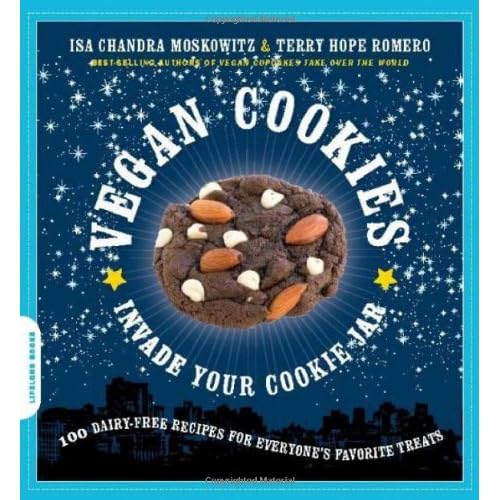 Here’s the latest inspirational hottie, too…