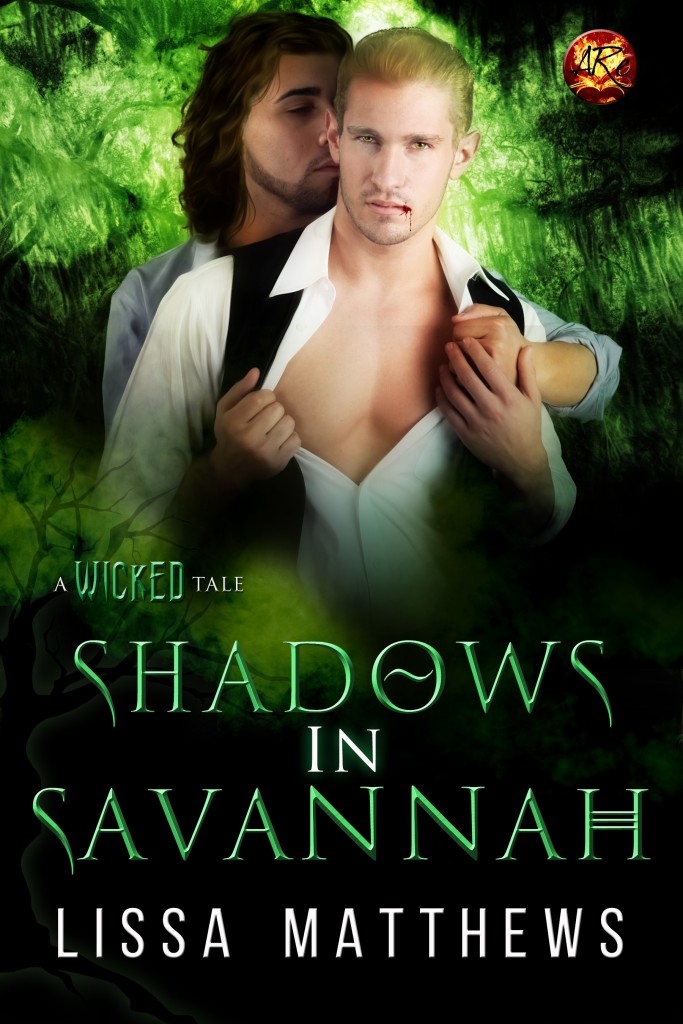 Shadows In Savannah comes out this Thursday. October 1st. As part of All Romance eBooks A Wicked Tale series. And I thought I’d give you a sneak peak…

He was hard. He was always hard when he woke, as most human men were from what he’d heard over the years, but his hardness, his stiff erection wasn’t painful. Even when tight and standing straight, his balls full and drawn up close to his body, he wasn’t in pain. It was a sensation akin to… To… He didn’t know. He didn’t have the words to describe it. It stole his breath and gave it back. If he touched himself, he wouldn’t want to stop. He would want to continue for hours, even days. He had done so before. Getting so lost in the sensations he couldn’t name, he had stayed in his bed for two days, stroking himself, existing only for the pleasure of his cock, neglecting his businesses, his responsibilities.

That was months ago. He hadn’t touched himself since. He hadn’t been this achingly hard since, either. And the only thing that had changed was the feeling, the knowledge that he had been watched last night.
He wanted to know who had done so and that thought propelled him out of bed and into the shower. He was a vampire. He didn’t get dirty. He didn’t sweat. He didn’t smell and his hair didn’t get oily. But the ritual helped him as he moved in and around the humans he dealt with on a daily basis. It helped him feel more like one of them if he shared in their simple experiences.

He could say, however, that he enjoyed the warm water as it slid over him. It was like being caressed and he relished the feeling of heat. It was why he slept wrapped up in blankets, why he kept the temperature in his penthouse set low enough he could tolerate being beneath the covers in his bed.

He had at one time been human and he often wondered if his need to cocoon himself when he slept was his way of trying to feel what it was once like for him. There was no way for him to find out. He had no idea who made him. He had no idea of anything before he was made.

Some days it grated on him, the mystery that was his life before. Other days, he never thought about it.
But what he couldn’t shake was how being watched made him feel and how ravenous he was for sex. For male sex. For cock.

He knew the one who’d watched him was not female. Their scent was different, even the undead ones. It was sweeter, almost too sweet at times. Arousal being one of them. Not that he’d ever said no to a female partner, but last night the scent wasn’t sweet. It was musk. Heavy. Full of lust. A predator having found prey.

Dane loved being preyed upon. Loved it and hated it. It was a constant war inside him and he wasn’t ever sure which side won out when he’d give in to whoever was preying on him. It turned out pleasurable for both in the end, but he had a feeling it would be different with last night’s predator.