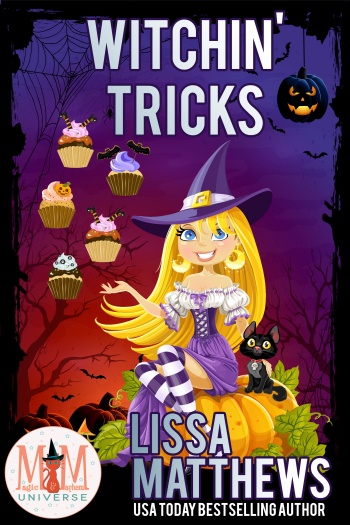 My sisters found their mates and all is hunky dory for them. I’m happy that they’re happy. Sure, their mates are demons, but hey, the world isn’t perfect.

And… I’ve found my mate, too. Only he barely looks at me, won’t really speak to me, and to be honest with you, I started to develop a bit of a complex over it. But lucky for me, I don’t mope long. Of course, I probably should’ve taken my time moping instead of just jumping right in with a less than perfect solution.

Now, if I tell you what I’ve done, you can’t tell anyone, okay? I created a love potion. And yep. It’s the real lovey dovey deal.

I know it’s a bit unseemly, but demons and desperate times… The trick here is to keep my sisters at bay, my demon mate none the wiser, and Barry the Cat from spilling the beans.

But you, dear reader? I can count on you to keep my secret, right?

Author’s Note: This is an original story lightly set inside Robyn Peterman’s Magic and Mayhem Universe.

“Ky! What has gotten into you?”

I bounced onto my bed, then drew the blankets over my head. “Why doesn’t he want me?” Was that a whine? Was I whining? I never whined. I wasn’t a whiner. What had that cold-hearted, handsome as sin demon done to me?

“Why doesn’t who want you?”

“You know who. The demon. Your demons wanted you and Kandy. Why doesn’t mine want me?” Yep. Definitely a whine.

“Don’t say that.” Her statements were perfectly logical. It was possible that Max the Demon wasn’t my mate.

Kaydence stripped the blanket from my face and took in what was surely my most miserable expression to date. I wasn’t even trying, but knew it had to be pitiful. “Oh honey.”

“Don’t oh honey me. They’re supposed to be ours. Morgan said they wanted to meet us. Merrick took one look at you and fell head over heels. Morgan did the same with Kandy. Max avoids me. He won’t talk to me. Hells bells, he won’t even make eye contact with me.”

Kay settled herself against the headboard and pulled me close. I liked it when she stroked my hair. I was the baby of the three of us. Kay and Kandy were born one right after the other. I didn’t show up for another hour.

They’d always said I was the fanciful one. Looking around my room, I took in its twinkling corners and sparkling ceiling with a critical eye. Maybe they were right. Did I need to be more serious and down to earth? Was that what Max preferred? That sounded boring and I didn’t want to do that. I wasn’t willing to change for anyone. Even Max the Reluctant Demon.

Maybe I just needed to forget him. Maybe I didn’t need him.

“What are you thinking, Ky?”

“What? Why do you think I’m thinking anything?”

“Because you stiffened all of a sudden.”

“Well, that’s rude.” I finally managed an affronted tone. “Not believing your own sister. I’m not lying.”

“Then at the very least, you’re fibbing.”

“You don’t know that. And it’s still rude to accuse me of something like that.”

“I know you better than you like to admit. Kandy and I both do.”

I sighed and eased away from her. “Fine. I’ve decided that I’m going to just forget him. If he doesn’t want me, then that’s his loss.”

She raised a skeptical eyebrow at me. “Have you? Really?”

“Yes.” I maintained eye contact with her, not so much as batting an eyelash.

“I still don’t believe you.”

I kissed her temple. “That’s your problem, then.”

She stood from the mattress and I did the same, on the other side. With a snap of my fingers, the blankets righted themselves and I flounced out of the room. Kaydence was right on my heels.

“What are you planning, Ky?”

“I’m not planning anything. Why don’t you believe me?”

“Because not ten minutes ago you were near tears because Max didn’t pay attention to you.”

“It was a very revealing ten minutes.”

The largest room was the kitchen. Outside my bedroom, it was my favorite. It was a large space with a brick fireplace at one end. The living room was the size of a closet. The bathroom was the size of a postage stamp. There wasn’t a designated dining area. I typically sat on the counter to eat, or the floor. There were a couple of chairs in front of the fireplace, and a small two person table under the enormous kitchen window, but I mainly used that when I needed to sit and concentrate on a cake decoration.

I didn’t entertain, preferring my own company to anyone else. Well, except for my sisters. And Max. I’d love to spend time with him, but as previously deduced, he didn’t have the same inclination.

I’d likely need a bigger house, too. He was a pretty big demon.

When we got into the kitchen, I was able to put some space between Kay and myself. I hoped she didn’t settle into a chair.

“Are you going to be alright?” she asked. She did care. I knew she did and I felt bad for telling a little white lie and giving her a hard time for calling me on it.

“Yes.” I put on a smile that I forced to reach my eyes. “I have a couple of cakes to make and it looks like rain out. It’s given me a hankering for a big pot of chili, so…”

“Oh that does sound good.”

She appeared dubious, but I didn’t say anything more. There was nothing I could say that would make her feel better or believe me.

“Okay.” She nodded, blew a kiss that brushed my cheek, and let herself out the front door.

She could snap her way out of anywhere and to her destination, but she liked to walk. Kandy and I didn’t understand that because it took so much more time than just whisking from here to there.

I watched from the edge of the window until she was out of sight, then turned to face the kitchen and Barry.

“What are you planning?” he asked.

“Then tell me the truth. Let me help.”

Could he? Could I trust him? I wasn’t sure. He had some odd crush on me and I didn’t want to hurt him by telling him what I was, in fact, planning. I did plan to make a large pot of chili because it was going to rain and the temperatures had dropped. Autumn had officially arrived. The leaves were at peak brightness and fire and it was the perfect time for spices and warmth.

I also had cakes to make. That had been a truth as well. Spice cakes. And cupcakes.

Magicals from all over came to town to buy Broo out each and every week. There was also a brand spankin’ new website on the magical web for online orders.

The demand exceeded the supply, but it was a good thing for the town.

So, there was that for me to do. I hadn’t been lying about that, either.

“And you can’t get your feelings hurt.”

He rolled his bright green eyes in a way that cats shouldn’t be able to do. It was creepy. “What are you talking about?”

“You know what I’m talking about. I know you have feelings for me. Shari told Kay.”

“I knew I couldn’t trust her. You don’t have anything to worry about. My feelings are fine. Now, what is it you’re up to?”

I glanced around. No one was in the house but me and Barry, but still… “What do you know about love potions?” 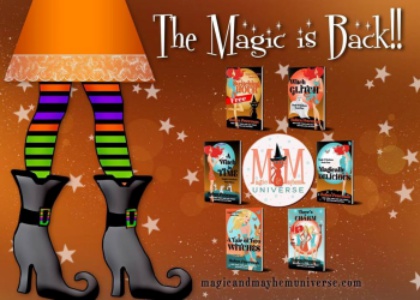 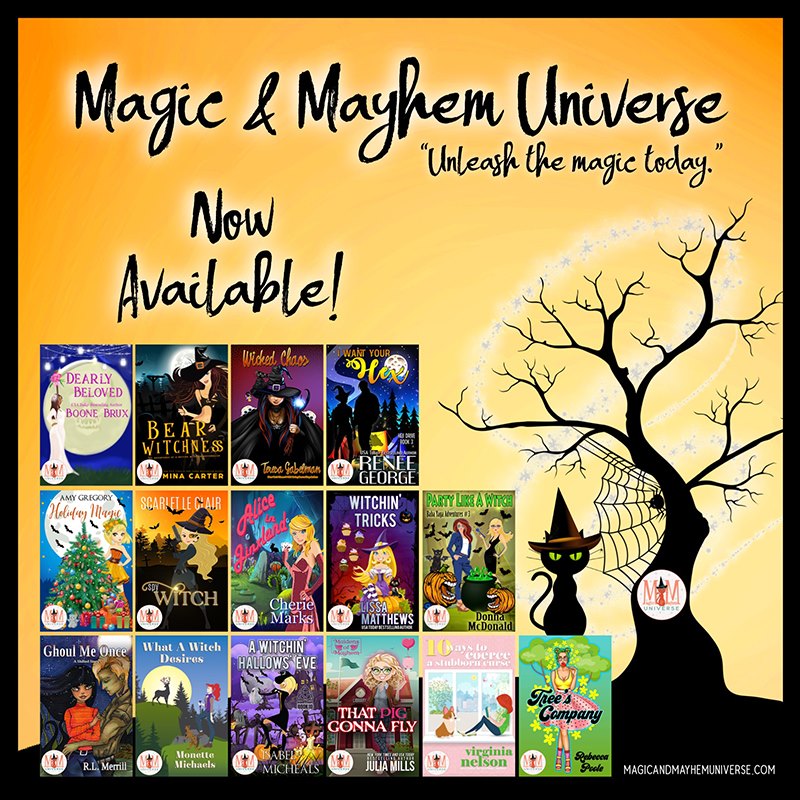